Officials are investigating sexual abuse allegations against Gabonese UN peacekeepers in the Central African Republic (CAR) involving 32 victims, including eight children, a UN spokesman said on Friday. The UN Senior Victims’ Rights Advocate in the CAR is supporting the investigation.

The alleged abuse and exploitation occurred from 2014 until earlier this year. A total of 11 paternity claims have been recorded with this allegation, where either the child has been born or the victim is currently pregnant.

Protection is possible. How an innovative operating model strengthened safeguarding for the Girls’ Education Challenge. 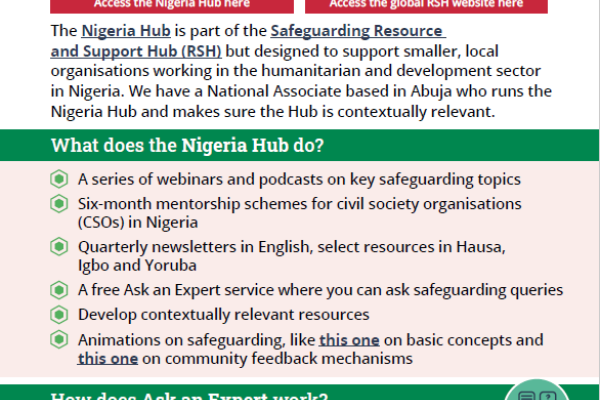 Protection is possible. How an innovative operating model strengthened safeguarding for the Girls’ Education Challenge.

Oge Chukwudozie is a safeguarding/protection professional, with over 15 years’ experience in the aid sector. She has worked with different…
Read more

Are you looking for safeguarding experts in Ethiopia and Africa? Click here to view our directory of Service Providers.